When it comes to building contact forms in WordPress you have an overwhelming number of options, however, I believe there are two form builder plugins that stand out among all the other WordPress contact form builders. Whether you to generate leads, take payments, accept job applications, or simply make it easy for people to contact you, Gravity Forms has what you need.

It can be used for building the basic forms (which requires no coding knowledge) or to build almost any type of complex form you can think of (which might require some coding skills).

As of April 2021, Gravity Forms has a new look and new ways of working. The plugin is more comparable to the new block based editor built into WordPress core.

The best part about the latest upgrade to Gravity Forms is that is now more powerful, more extensible, and easier to use than ever before.

Gravity Forms does have a growing library of templates that you can download and then import into your site for a fast start.

You can find the template library here.

The Gravity Forms docs site is packed with tons of detailed articles that offer step-by-step instructions and code snippets to help you take your forms to the next level.

At the time of this writing, Gravity Forms has 48 official add-ons that enable you to integrate with third party solutions and extend your forms without custom code. That includes things like, Stripe, PayPal, Mailchimp, Polls/Surveys, Slack, User Registration, Zapier, and much more.

You can see all of the official add-ons here.

There is a huge community of users and developers that are building third party add-ons to give you even more ways to integrate Gravity Forms with those other business solutions you use to run and grow your business.

I can’t put a number on how many third party add-ons there are, and there is not one place where you can find all of the add-ons available from the community, but Gravity Forms has built a Community Add-On search engine where you can start your search.

There is also a very active Community Forum here.

The support that Gravity Forms provides is top notch and unmatched. I know a lot of people complain that Gravity Forms does not offer a free version of their plugin, but I believe that once you need help and you send that first ticket and then get excellent help in a timely manner, you will see that your $59 per year is well worth paying for the plugin.

With their 30 Day Risk-Free Guarantee what do you have to lose?

Fluent Forms is a beginner-friendly WordPress form builder. And I have it as one of the top 2 because the feel of the plugin is very similar to Gravity Forms. It almost feels like they might have used Gravity Forms as the foundation of their plugin.

Fluent Forms is a relatively new in the market with only a couple of years on the market. As a result, it lacks some features you might be accustom to or expect from a form builder.

Fluent Forms is 100% user-centric. Which means features get added according to the users’ needs and not based on the popular or what might be thought of as the most commonly used feature/solution.

When I first started playing with Fluent Forms it felt much like Gravity Forms, with a couple standout features.

In the WordPress world, a lot of people don’t want to spend money for a premium plugin, and I think that is one thing that keeps some people from every giving Gravity Forms a try. But with Fluent Forms, you can try before you buy.

This is a standout feature because it is a big want in the market, and Gravity Forms does NOT currently offer this feature, although I would suspect it is going to be a big focus for the next major release of Gravity Forms.

Another highly favored user feature is the built-in designer. The ability to design your forms from within the form builder without the requirement of custom CSS or a third party add-on.

This is also something I suspect we will see come out of Gravity Forms in the next major release. I would be interested to see if they buy one of the existing designer add-ons or build their own from scratch.

Get the free version here!

What I Use to Build My Contact Forms for WordPress Sites

I’m 💯 committed to Gravity Forms, but I am impressed with Fluent Forms and how far they’ve come in such a short time. I am looking forward to seeing how they progress over the coming years.

And I feel 💯 confident in recommending Fluent Forms as a Gravity Forms alternative!

It comes down to you finding the right WordPress forms plugin that works best for you. What offers the features and function you need for your project? Don’t just go with the free version because it’s free and don’t just jump onboard the premium solution because everyone says it’s amazing.

Do some research, start by playing with the Free version of Fluent Forms and use Gravity Forms demo site to spin up a demo and give it a real try.

If you have any questions, or want to share your experience with building contact forms with either of these WordPress plugins, please use the comments, I’d love to hear your feedback! 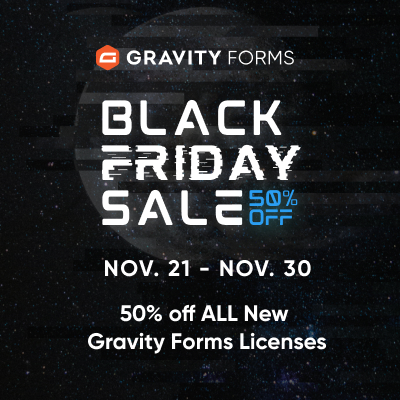